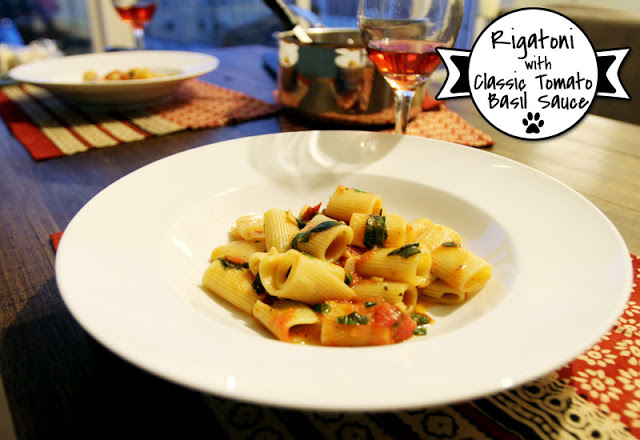 Deep into summer is when the tomatoes start to get really good and the basil is at the peak of its brilliance. As a result, it’s possible to make a ridiculously tasty pasta sauce using just the fruit of the earth. You’ll look like a top class chef when all you’ll have really done is cut up some tomatoes and applied a bit of heat. 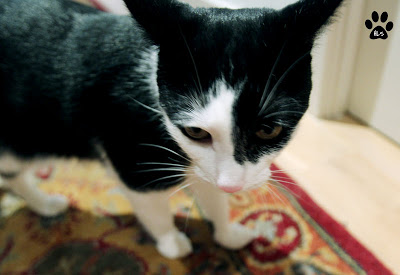 This sauce is imminently simple – you barely need the recipe – but when done at the height of summer, it is perfection. Get some nice pasta, any kind will do, and toss it with the goodness here and be ready to really enjoy. Garnish with a touch of fresh grated pecorino romano cheese and you’ll have a real treat.

My one tip – when you’re starting it off, cook the garlic nice and low for a long time, getting as much of that flavor infused into the oil as possible. It’ll really heighten the flavor of the tomato.

Bring a pot of water to a boil and add in salt. Add in the pasta and cook until 1 – 2 minutes shy of package directions. So long as the pasta takes more than 9 or 10 minutes to cook, you can start it before cooking any of the sauce.

To start, slice up the garlic into thin slices. Don’t chop it or mince it too much, as you’ll want to simmer it for a nice long time to get the flavor infused into the oil.

Heat the oil over low heat and then add in the garlic. Let the garlic simmer on the low heat, stirring occasionally, until the garlic starts to turn slightly golden. Let this go as long as possible – hopefully around 5 – 7 minutes, to really get the flavor infused.

While the garlic is cooking, slice up the tomatoes. Core them and then slice them into eights, then slice those eights into half so that you have little triangles of tomato. 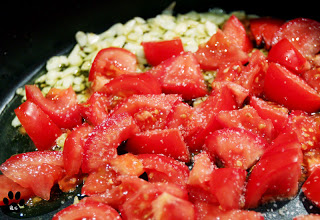 When the garlic is done simmering and before it starts to burn, add in the tomatoes and give everything a toss around. Add in the salt and pepper and stir together. This should remove the garlic from the direct heat.

Let the tomatoes simmer over the low heat for about 2 – 3 minutes. The tomatos will start to break down and exude their juice. While the tomatoes are cooking, cut the basil in a chiffonade. 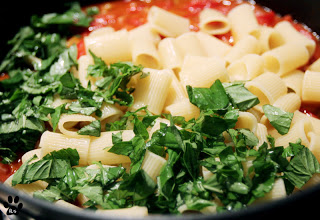 Once the tomatoes have finished their slight cooking and the pasta is done, drain the pasta and reserve some of the cooking water. Pour in a small ladle of the water into the sauce and then add in the drained pasta. Throw in the basil and then toss everything over medium heat until the pasta water is absorbed.

Serve garnished with pecorino romano cheese, and enjoy the fruits of summer!